Joey Yap’s outlook for the Year of the Metal Rat

SINGAPORE (EDGEPROP) - According to his astrological readings for the upcoming Year of the Metal Rat, feng shui master Joey Yap expects uncertainty to continue into the new lunar year. “I think globally, the first half of the year will still be okay, but it is the second half where I expect to see abrupt changes, and this could include changes in terms of the direction from people in power,” he says.

Over the weekend of Jan 4 and 5, the Malaysian-based feng shui consultant was in Singapore and hosted two feng shui events. The first event on Jan 4 was held at the JadeScape showroom in Bishan, and was organised by Qingjian Realty (South Pacific) Group. However, the main event was his flagship Feng Shui & Astrology Seminar 2020 held on Jan 5 at Resorts World Sentosa. More than 8,000 people attended the event to hear the feng shui master share about Chinese metaphysics. 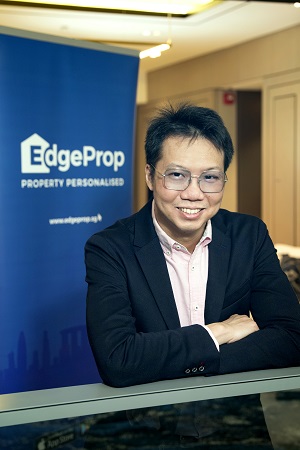 The new lunar year will be represented by the Rat in the Chinese Zodiac, which along with the Horse tends to be characterised as emotionally volatile, says Yap. “This is concerning since global events such as the Sino-US trade war and Brexit are basically an emotional instability on the part of the leaders, who make decisions that cause instability in the world,” the feng shui consultant says.

“My fear is that this [instability] may trigger a global recession,” he says, adding that a significant global transition is likely to occur this year or early next year, and could be triggered by one major unexpected catalyst.

Upon consulting Singapore’s bazi chart (see chart below), based on the concept of the “Four Pillars of Destiny” in Chinese astrology, Yap says that a major concern for Singapore could be economic stability. This is because of an abundance of wood elements along the top row of the “Heavenly Stems” that combine with the yang metal element of the year, he adds.

However, the instability is just a perception since the elements on the second row, “Earthly Branches”, do not clash with the metal element in the year. “The fundamentals are still there, but people will tend to perceive that things are not so stable. In reality, nothing dramatic is really happening,” says Yap. The real estate sectors in Singapore could see prices hold due to the strong elements this year. “While people might expect a big drop, the elements are strong for these sectors at least for the first half of the year. Prices might even rise a little during this time,” he says.

Developers can also breathe a little easier, as Yap’s astrological readings show that there will be more sales on the horizon because of strong “growth elements” present in Singapore’s bazi chart for the upcoming lunar year. Meanwhile, technologyrelated sectors also look set to perform well in this lunar year.

According to Yap’s feng shui guide for 2020, “feng shui is all about qi (energy) flow and it is derived from natural forms, not from man-made objects. You don’t have to put a statue, frog, water painting, etc, to invite more luck and wealth”. He encourages people to examine their inner energies rather than just fixating on the external circumstances. “If you want your body to cooperate, that is also the energy you need to align. In metaphysics, the four energies [heaven, earth, man, and spirit] have to be in alignment,” he says.